Having irregular periods give a cause for concern inmost women, and treatment usually depends on its cause. However, some home remedies are effective, and you can try them to make your periods come regularly.

The following are evidence-based home remedies for the treatment of irregular periods:

Research has shown that yoga is effective in treating different menstrual issues. A study carried out in 2019 with 126 people found that engaging in yoga for 35 – 40 minutes, five days a week for six months, reduced levels of hormones known to cause irregular menstruation.

You can search for a yoga studio offering beginner or level one yoga if you have never practised yoga. When you learn the moves and positions properly, you can continue at home or keep attending the yoga classes.

Being overweight or obese can affect your periods, so losing weight may help your periods come regularly. However, extreme weight loss or being underweight can also cause irregular periods, so maintaining a healthy weight is important.

Obesity and being overweight may increase the risk of heavier bleeding and irregular periods than women with a healthy weight. The increased risk occurs due to the impact of fat cells on insulin and hormones.

If you think your weight affects your periods, contact your doctor to help you identify a healthy weight and either get a weight loss or weight gain plan.

Women who are underweight or overweight may experience irregular periods, but you can consult your doctor to help you maintain a healthy weight.

Exercising has several health benefits, including regularising periods. Exercising allows you to maintain a healthy weight, and it is a common treatment for Polycystic Ovary Syndrome (PCOS), which causes irregular menstruation.

A clinical trial showed that exercising is an effective treatment for primary dysmenorrhea. The trial involved 70 college students performing 30 minutes aerobic exercises three times per week for eight weeks. The result of this was decreased period pains.

However, more researchesare needed to understand how exercising affects menstruation and its direct effect on regulating periods.

Exercising helps you maintain a healthy weight, which regulates periods and may reduce pain before and during menstruation.

Ginger is a common home remedy for treating irregular periods and has menstruation-related benefits. However, no scientific evidence is available to show how ginger works in regulating periods.

A study of 92 women experiencing heavy menstrual bleeding showed that daily intake of ginger supplements could reduce heavy bleeding. Another study of girls in high school also gave the same result, but more researches still need to be made to support these results.

Another study showed that taking ginger seven days before your period can relieve behavioural and physical symptoms associated with premenstrual syndrome (PMS).

You can take 750 – 2000mg of ginger powder within the first 3 – 4 days of your period to help reduce painful periods.

Cinnamon is believed to have several positive effects on different menstrual issues. In 2014, a study found that cinnamon helps regulate the menstrual cycle and effectively treat PCOS in some women. However, this study involved a few participants.

Cinnamon may help reduce menstrual pain and bleeding. It may also treat PCOS and regulate the menstrual cycle.

Get sufficient doses of vitamins daily

A 2015 study showed a link between irregular periods and insufficient vitamin D. It also suggested that taking sufficient amounts of vitamin D can regulate menstruation. Another study also found vitamin D effective in treating irregularities in the menstrual cycle associated with PCOS.

Vitamin D has several other health benefits, including reducing the risk of diseases and depression and helping in weight loss.

Cereals, milk and other dairy products contain vitamin D, and you can also get vitamin D from exposure to sunlight or taking supplements.

Doctors often prescribe vitamin B complex to women trying to conceive – it may help regulate your periods. Vitamin B may also reduce the risk of developing premenstrual symptoms.

A study in 2011 found that women who ate food containing vitamin B have a lower risk of PMS. Another study of some women found that taking 500mg of calcium and 40mg of vitamin B6 reduces PMS symptoms.

Ensure you follow the instructions on a supplement and always buy your vitamin supplements from a reputable source.

A study in 2013 found that a daily intake of 15ml of apple cider vinegar can restore ovulatory menstruation in women affected by PCOS. However, this study had only seven participants and needs more research to support the result.

Daily intake of 15g or one-eight cup of apple cider vinegar may regulate menstruation in women affected by PCOS.

Pineapple contains bromelain. Bromelain is an enzyme that softens the uterine lining and regulates periods. However, no evidence is available to support this effect.

Most people believe that bromelain has pain-relieving and anti-inflammatory properties, but no evidence is available to show it alleviates headaches and menstrual cramps.

Pineapple can help regulate periods, but no scientific evidence supports this. Bromelain, an enzyme in pineapple,may relieve PMS symptoms.

When do you need to visit a doctor?

Most women experience period irregularities at some point in their lives but ensure you speak to your private gynaecologist if:

Your gynaecologist may recommend a treatment based on the cause of the irregular periods. The common cause of period irregularities include:

Certain lifestyle changes and home remedies can make your periods regular, but consult your doctor if the irregularities give you concern.

If you are residing in London, visit Gynaecology Clinic or call 020 7183 0435 to consult a gynaecologist concerning your irregular periods. 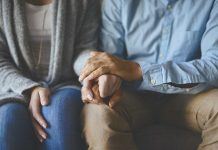 If You’re Losing Sexual Desire, You Might Have HSDD or FSID? 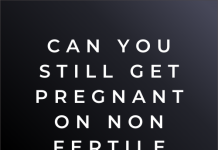 Can You Still Get Pregnant on Non Fertile Days?

The Best 2021 Supplement for Woman for PCOS

The Vital Postures To Learn in Yoga

10 Vitamin A Sources to Keep your Eyes Healthy

Liquid Soap and Hand Wash in Pakistan Are Expensive – Is... 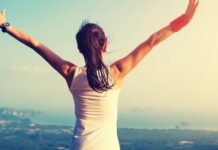 5 Natural Ways To Boost Your Immune System Before You Fall... 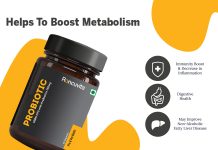 Prebiotics and Probiotics: What You Should To Know 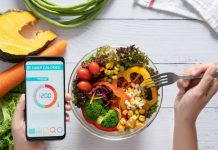