If you watch TV shows or movies about addiction recovery, you will get the impression that religion is a major part of the process. But it is not just in the media that religion and drug rehab are connected. At any AA or NA meeting, you will hear ideas that sound inherently religious, including the belief in a higher power. Many meetings are held at churches or other religious centers.

This leads many addicts to ask whether drug rehab will make them religious. It is a major concern for those who have a tenuous or tense relationship with religion.

My history with religion is complicated, to say the least. I was raised in a religion that forced me to hide parts of who I was. Getting out of it was a huge turning point in my life. When I became addicted to drugs years later, I faced the prospect of having to deal with religion in order to get better.

My fears were not unfounded. After all, the 12 Step Program was designed on religious principles, even if some chapters disconnect religion from the process. Fortunately, I found a rehab that did not push religion, instead of using other evidence-based approaches.

Let’s take a look at why many people worry that drug rehab will make them religious. Then, we can look at the alternatives.

Rehab and religion: a brief history

The founders of Alcoholics Anonymous (AA), the first iteration of the 12 Step Fellowship, were Bill W. and Dr. Bob. They created the 12 steps based on principles drawn from Christianity, although they intended the process to be accessible to all. They therefore spoke of a higher power or “God as we understood Him.”

In many meetings and rehab centers, they encourage members who do not believe in a religious god to find a different type of higher power. For example, you may give your power over to the program, which you trust as having more perspective than you do. Alternatively, you can hand your power over to the universe or nature.

However, while there are certainly many areligious chapters of NA and AA, the Fellowship and Program themselves appear religious to many skeptics. Skeptics see the “Big Book” as a kind of Bible. They see meetings as the equivalent of prayer services.

Therefore, the 12 Step Fellowship simply makes certain people uncomfortable. For someone like me, who associates religion with repression and trauma, the 12 Step Program did not seem like a viable option.

What are the other options? Are they as effective as the 12 Steps?

One of the best-known alternatives to the 12 Steps is SMART Recovery. SMART is an acronym for Self-Management and Recovery Training. SMART Recovery is a non-profit organisation that uses a research-based approach to recovery.

In SMART Recovery, participants focus on a four-point program. The four points are:

SMART Recovery meetings provide the opportunity to check-in, after which tools are shared to help achieve the four points.

Secular Organizations for Sobriety (SOS) was created by James Christopher in 1985. The program was designed based on his desire to provide treatment to people who did not fit in with the 12 Step approach.

Unlike the 12 Step Program, which was also developed by individuals with a desire to help others get sober, SOS is not a static program. Rather, it develops over time as research finds new evidence to improve the chances of recovery.

The main principle which members have to abide by is “sobriety priority”. This simply means they have to make sobriety the priority in their lives.

LifeRing Secular Recovery positions the individual as the leader of their own recovery, rather than a higher power. It guides individuals to learn their own triggers and how to manage them. There is a “sober self” and an “addicted self”. The goal is to strengthen the former and weaken the latter.

In LifeRing meetings, participants share their “sober selves” with each other, providing helpful advice as well as their personal experiences.

The 12 Step Program does not have to be religious. You can choose a higher power as you understand it. However, this may still feel too religious for some people. The good news is that there are alternatives, which are provided by some of the best rehabs. You do not have to be religious to recover, and can do so while maintaining a secular approach to life. 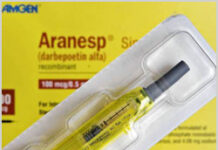 How is Aransep used for the treatment of Anemia?

Stress-related Insomnia is the real deal – How to beat it... 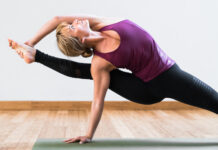 What is Ashtanga Yoga – Find the Answer Here

Everything you need to know about Erectile Dysfunction 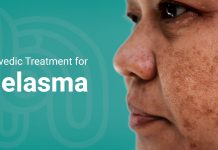 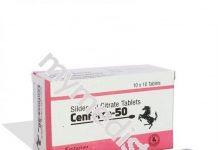